How the Arrival of Web 3.0 is Transforming Traditional Business Models

Although the Internet continues to drive digital transformation, the technology operates far beyond its original parameters. Since its inception over two decades ago, the web has been subject to increasing levels of centralization and mass surveillance. As a result, large corporations, governments, and media outlets remain the primary beneficiaries of an infrastructure meant to serve all of humanity. Herein lies the problem with the current Internet ecosystem, also known as Web 2.0.

In the current online environment, users continually function as commodities, generating value along with their data. And while large entities should not shoulder the blame for their role in our everyday lives, their control over our personal information is cause for concern. As Internet founder Tim Berners-Lee once said, "for people who want to make sure the Web serves humanity, we have to concern ourselves with what people are building on top of it."

It is precisely this sentiment that drives the Web 3.0 movement. And although blockchain technology may be the foundation of this movement, the initiative is much broader. Web 3.0 is about building a decentralized infrastructure that protects individual property and privacy. But what exactly does this look like and what are the potential implications? In this article, we'll explore the evolution of Internet infrastructure and how the arrival of Web 3.0 is impacting existing business models.

The Evolution of Web Infrastructure¶

The Internet debuted employing simplistic "read-only" technology, meaning users were only able to search for information and read it. This Web 1.0 environment was primarily intended for advertising purposes, acting as an extension of physical storefronts. With the arrival of "read-write" functionality, users of Web 2.0 are able to create their content and interact with the Internet in a far deeper capacity. By facilitating the prolific growth of social media platforms, blogs, and online reviews, this infrastructure continues to guide global business models.

However, as mentioned, this era of robust growth has not come without consequences. Consumer protections continue to rank behind corporate interests as web surveillance fuels lucrative data collection. Continued data breaches effectively highlight the downside of this arrangement. In response to these challenges, Web 3.0 initiatives aim to put power back into the hands of users. But before exploring how this will occur, it's crucial to understand the specific Web 3.0 characteristics that will facilitate this process. 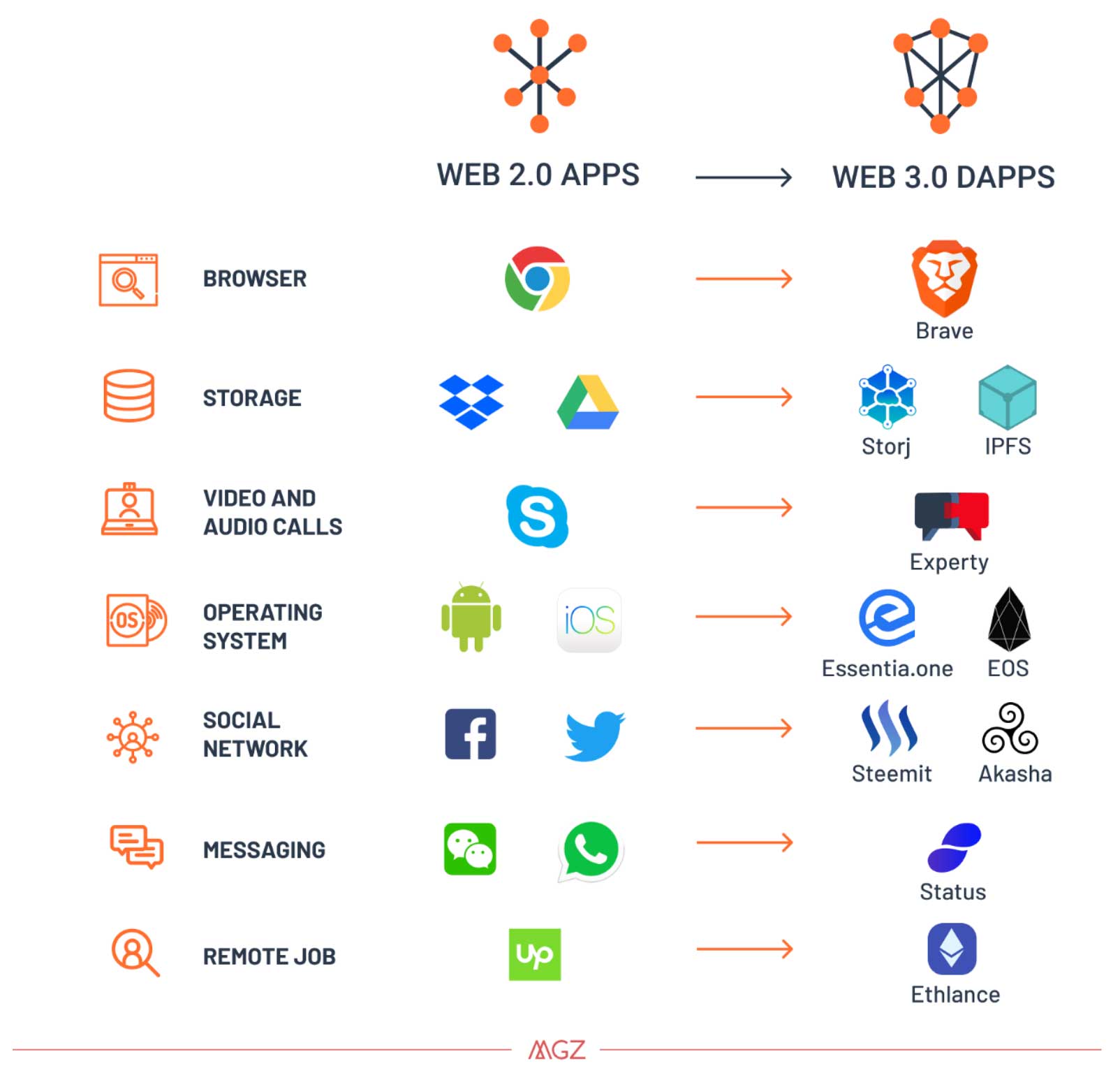 Although Web 3.0 is difficult to define in exact terms, it can be effectively broken down into unique components.

The semantic web improves upon existing web infrastructure by generating, sharing, and connecting content based on an understanding of words. Rather than relying on keywords and numbers, search and analysis utilize context. 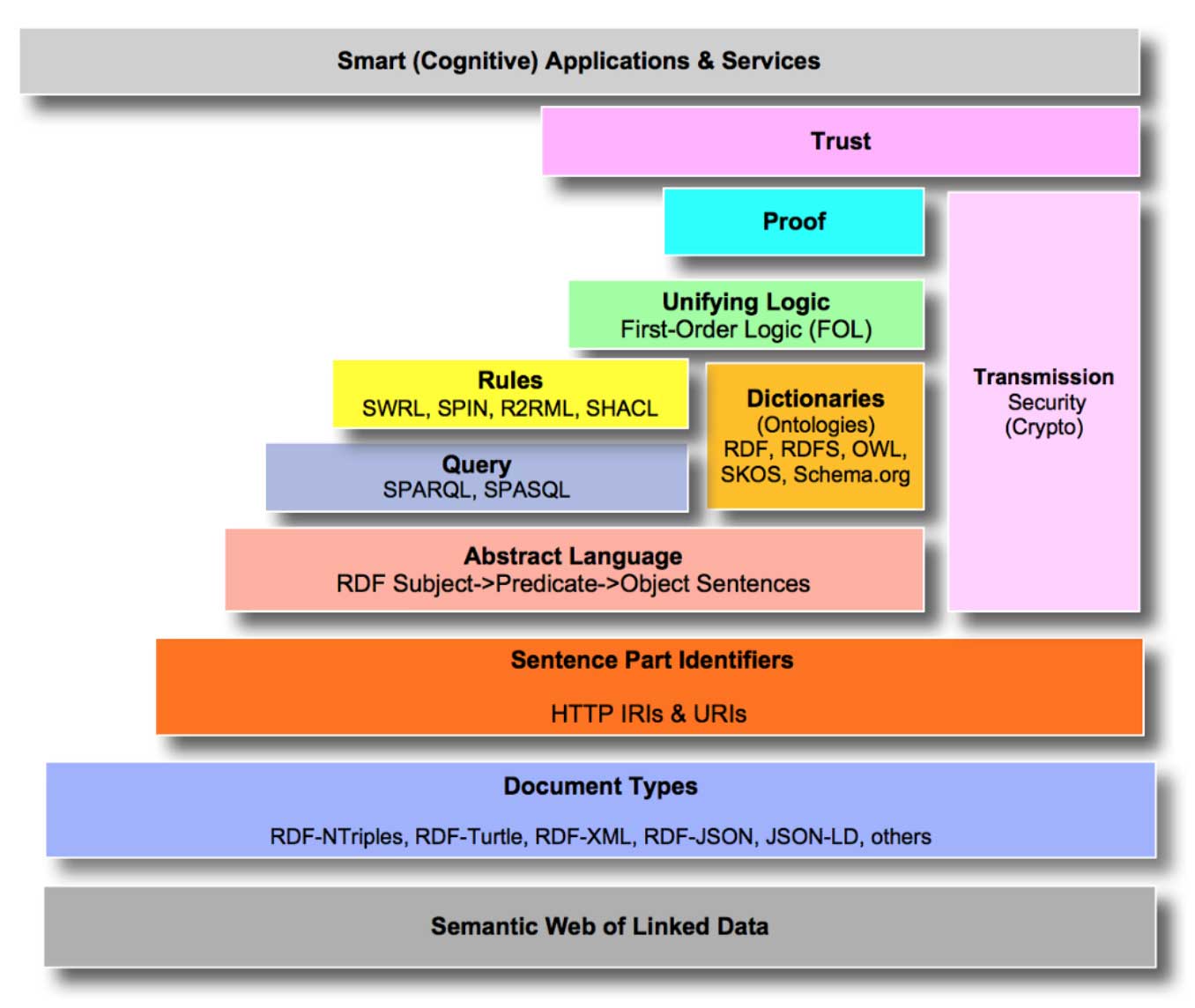 Web 3.0 technology can process information in a way similar to humans. As a result, platforms can better satisfy user needs through continuous learning.

Three-dimensional design is already in use on many Web 3.0 platforms. Computer games, e-commerce applications, and mapping software represent only a few potential use cases.

In the decentralized Web 3.0 environment, all content is accessible by multiple applications, every device connects to the web, and the associated services are available everywhere.

Although we have only just begun to explore the potential of Web 3.0 applications, their ability to upset the status-quo is undeniable. Of particular interest to many is how decentralized projects, operating in traditional industries, will up-end conventional revenue models. Through utilizing distributed, peer-to-peer platforms, some industries have begun to consider other funding options.

Although there is a vast array of revenue models to consider, we’ll explore some of the most prominent options here. To see the full list, check out the Github repository.

The revenue share model uses profits to enable separate actors to develop efficiencies or innovate in mutually beneficial ways, such as splitting earnings.

This model is where you take a percentage of each transaction executed on your platform. It remains a popular model with exchanges and marketplaces. The seller usually pays for the fee since they're the one that benefits from completing a sale on the platform.

Using this model, users share earnings from another entity. An offline example would be a restaurant where the cashier shares the tips with everyone. In the context of Web 3.0, you could give a one-dollar tip in a coffee shop and split it with every actor in the coffee value chain with minimal transaction costs.

Conducting an ICO is the process of selling project tokens all at once, or over some time. There are several ICO models and token variations that companies can use to raise funds.

Continuous Funding Models are business models that sell ERC-20 tokens over time, rather than all at once.

Curved Bonding is a method of continuous funding that incentivizes early investment. In contrast to conventional ERC-20 token sales and ICO's, which feature each token being sold for the same price (no matter the time of purchase), such models hardcode buy prices according to an algorithmic curve. By purchasing early, investors get more tokens for the same price than if they are buying later. Ultimately, using Curved Bonding incentivizes early adopters to invest in a token.

A continuous organization is one that sets up a Decentralized Autonomous Trust (DAT). This trust is an immutable smart-contract that implements curve bonding to automatically mint, burn, and distribute security tokens called FAIR securities. Organizations provide value to the trust by diverting part or all of their cash flow to it.

A sidechain is a separate blockchain that is attached to its parent blockchain using a two-way peg. Using this model, you can move assets to the sidechain and then back to the parent chain. However, sidechains also need their miners. These miners receive an incentive through 'merged mining,' whereby two separate cryptocurrencies, based on the same algorithm, are mined simultaneously.

State channels are mostly two-way pathways open between two users that want to communicate with each other in the form of transactions. Here, only the outcome needs to be included in the form of a single transaction on the main chain. Other transactions occur on off-chain.

The Future of Internet Infrastructure¶

As the development of Web 3.0 technology persists, blockchain technology will remain a vital component of online infrastructure. Although the world continues to benefit from the transformative power of the web, user empowerment remains a priority among a growing segment of society. In a time when centralized institutions and governments exert control over personal data, many have begun to challenge the status quo.

Those exploring this emerging subset of the web are well-positioned to benefit from growing momentum. By leveraging Web 3.0 technologies, companies also have the ability to enact new, potentially lucrative business models. Regardless of the industry, the new web presents an opportunity to pivot from traditional revenue streams in search of more optimal solutions. In the midst of ongoing innovation, it’s important to note that all new technology requires refinement - and Web 3.0 is only just beginning.