The blockchain space is hitting a plateau.

It’s not a bad thing: new technologies encounter a series of plateaus and this one's no different. It’s a good time to reflect and mature the ecosystem without the noise brought by rapid growth. We're in a crucible period not seen since the tech boom of the 90s. The early adopters are all here forging the blockchain-enabled world, readying for the next influx of users and companies.

Remember when your friends and family raised eyebrows about this chainblock (or whatever) or thought Bitcoin was some kind of scam? Isn't that used to buy drugs? 😳 Now blockchain technology is becoming more efficient, more ubiquitous, and more accessible with each passing day. Now we hear things like "blockchain is the future" coming from outside our community.

Almost two years ago when Truffle reached 4 people and that future seemed less sure, we were on our second retreat at a little place in Yakima. We mused about putting on a blockchain developer conference. Would people actually go? Who's going to speak? Can we get enough content? A few months later we decided to give it a try. Wow, people showed up--and not just that--they loved it! So many great conversations, so much valuable knowledge! Talks about smart contract upgrades, novel uses of merkle proofs, and data storage with IPFS just to name a few. A quietly skeptical Dave Burela (Blockchain Dev, MSFT and TruffleCon 2018 speaker) noted afterwards "You actually pulled it off". 🙂

TruffleCon is a conference, sure, but it's more than that: it's the feeling of excitement when learning a new technology; the eureka we felt when first discovering this new frontier. It's connections made in minutes that can last a lifetime.

It's the culmination of everything we've worked for since the founding of this company.

I hope to not only see you there but to have a chat about what we do well and how we can improve (you'll also get a hat). Together we're building the community that will take us from this plateau onward to the next meteoric growth spurt. 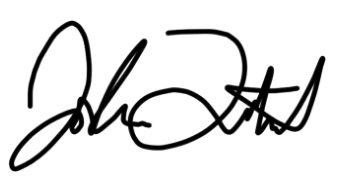